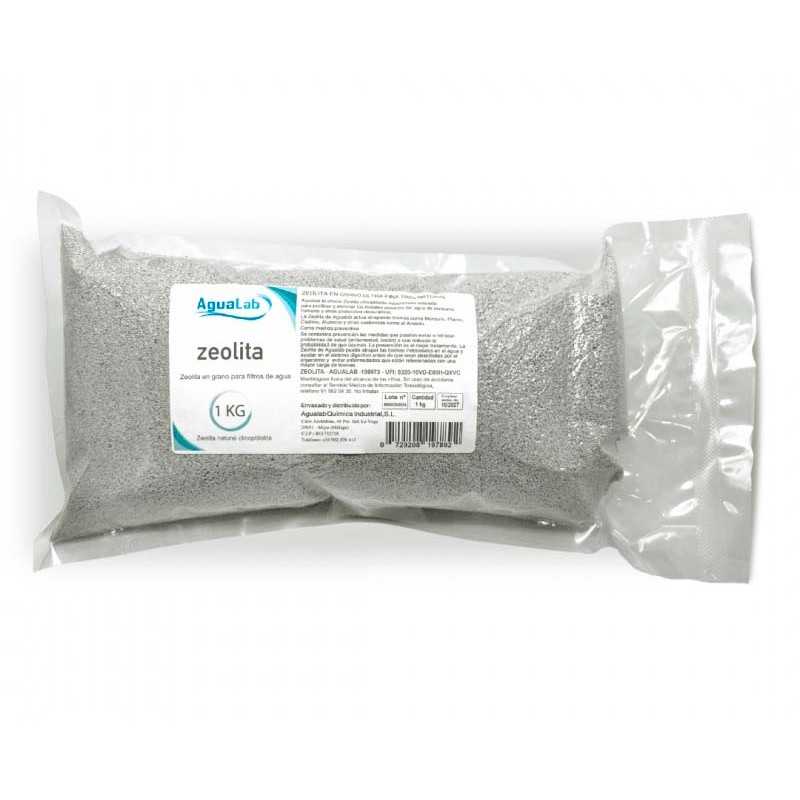 ZEOLITE in grain form, especially for use in filters for water treatment. This natural mineral has great properties for filtering and improving water quality.
1KG pack of 100% clinoptilolite zeolite in grain form. Vacuum packed.

Zeolite is a volcanic rock. This natural mineral has a high silicon content. This mineral traps calcium and magnesium ions and releases sodium ions in their place, making the water softer but richer in sodium.

Ammonia (NH3) and heavy metal cations are often found in source water. This represents a serious health and environmental risk. Numerous studies have determined that natural clinoptilolite zeolite is selective for these cations, meaning that it will absorb and bind them in its honeycomb structure, even in the presence of larger amounts of competing cations.

The benefits of zeolite in water treatment and filtration include the following:

Be the first to write your review !